Skip to content
Have you joined our Food Community? 😍
Short Link : https://food.gy/3rayP7C 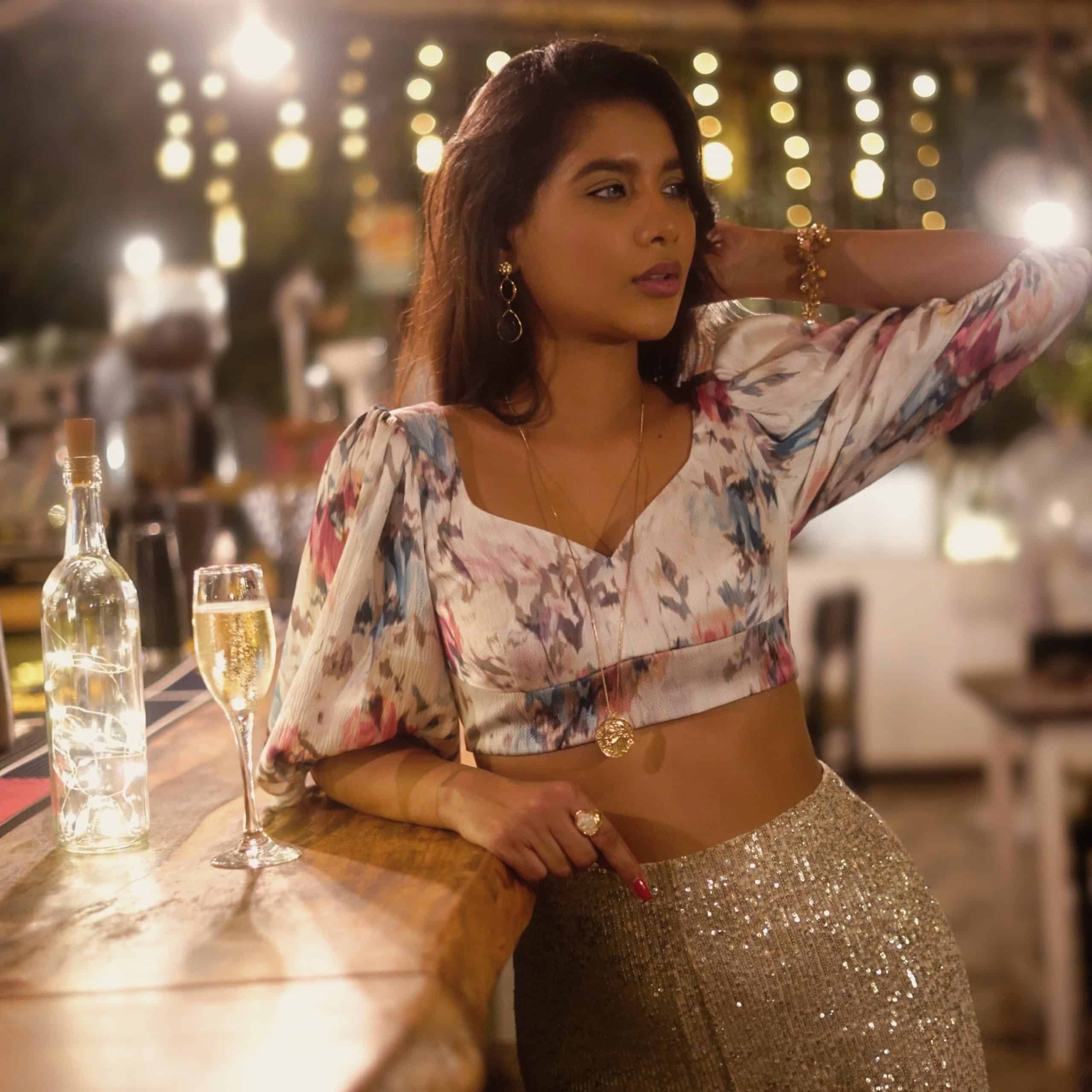 Apple Cider Vinegar is all the rage now in the diet and fitness industry. It is known as the magic elixir, which helps in fat burning, aka fat loss. People around me seem to be swearing by it for its immense health benefits. I got to be honest here with you guys. I, too, have tried it for a very brief period but failed to continue due to its awful taste. I was afraid it would make my teeth sensitive if I continue to do so even though I was using a metal straw for drinking it by diluting it in water. I really need to resume doing this for a longer period of time to see any considerable difference in my physique.

How Is Apple Cider Vinegar Made?

Apple Cider Vinegar is made in a 2-step fermentation process. The apples are first crushed and then combined with yeast. In a few weeks, the yeast converts the sugar in the apple into alcohol. Once the conversion is complete, bacteria are added to the barrel to ferment the alcohol in acetic acid, which is the main active compound of Apple Cider Vinegar. This acid gives a strong odor and sour taste even though it is around 5% of the Apple Cider Vinegar. Traditionally, it takes about a month for the entire process to complete but using modern methods, manufacturers have brought it down to a single day.

You can get unfiltered Apple Cider Vinegar, otherwise known as “with the Mother.” This has a murky color and contains the strands of proteins, enzymes, and gut-friendly bacteria in addition to the vinegar. This is said to be responsible for most of the health benefits; however, depending on where you are, this type is expensive. The cheaper version is the filtered one with just the Apple Cider Vinegar. Taste-wise I have tried both, and more or less both are the same, so I would recommend getting the unfiltered one for more health benefits. 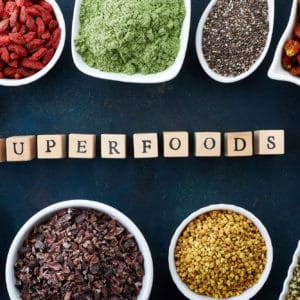 What Are Superfoods And Why Are They Good For You? 💪 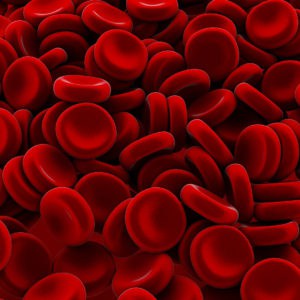 Best Foods You Should Eat To Increase Hemoglobin! 🩸 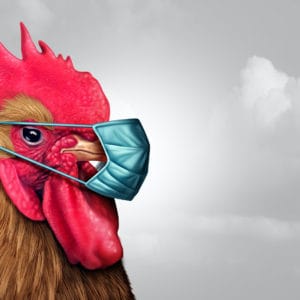 Is It Safe To Eat Chicken 🐓 During Bird Flu? 🤔 Explained!

One of the most popular benefits of Apple Cider Vinegar is fat loss. When consumed, acetic acid breaks down to acetate and hydrogen in the body. The acetic acid is beneficial in the following ways:

Lowered blood sugar level: A study done on rats showed that regular doses of Apple Cider Vinegar caused a great increase in the absorption rate of sugar from the blood by the liver and muscles compared to those that got placeboes. This, in turn, led to a decrease in insulin levels and induced fat burning.

Increases metabolism: Regular doses of Apple Cider Vinegar shows an increase in body metabolism and a reduction in sugar production in the liver. This is seen as the most effective when taken before meals.

Reduced fat storage: Adding acetic acid to supplement every meal showed a reduction in fat accumulation, and combined with the increased metabolism; the existing fat build-up was seen to reduce slowly, including the stubborn belly fat.

In addition to the above list of benefits, Apple Cider Vinegar also promotes fullness and delays stomach emptying. There was a recent study that was done which showed that the participants who took Apple Cider Vinegar with high carb meals had a lower blood sugar response an hour after eating. It has also been shown to slow the rate at which food is digested in the stomach resulting in lesser calorie intake throughout the day. I can vouch for this as usually in the morning after having my smoothie; I start getting hungry in an hour or so. Still, after drinking the Apple Cider Vinegar, I stay satiated for at least 2 hours before becoming a little peckish.

When should you have Apple Cider Vinegar?

Always consume Apple Cider Vinegar diluted with half a glass of water and do not at any cost consume this directly from a spoon or like a shot. Doing so could damage your teeth enamel and make it highly sensitive. A tablespoon in the morning and another at night is more than enough for you to see a difference within a couple of days. In the morning, try to have it around 30 minutes before your coffee or breakfast. Not only does this kickstart the metabolism, but it also suppresses appetite. If, in the case due to any reason, you forget to have it before meals, you can still have it after, but make sure you wait for at least 20 minutes. At night, have it diluted with water, and try not to add any lemon or honey. This will help in having a sound sleep, and as a bonus, Apple Cider Vinegar kills bacteria and ensures healthy oral hygiene, so you don’t wake up with very bad breath.

Apple Cider Vinegar with water: While the health benefits of the Apple Cider Vinegar is great, the sour taste and odor makes it not so enticing to drink. Naturally, the first thought would be just to drink it directly, but the acetic acid will corrode the teeth enamel, so that’s out of the question. I have tried diluting it with water, but in the end, it’s like taking a tonic as soon as I wake up and something that I don’t look forward to. I have added honey or lemon juice to it, but while it does take away a little of the sourness, there is no way to have it while liking the taste.

Salad dressing: One option I have for this is to incorporate it in salads as part of the dressings. In the same way, adding it to different dishes can help hide the sour taste, but at the end of the day, there are only so many dishes you can add to before you run out of ideas. In the end, I had to go back to drinking diluted Apple Cider Vinegar with lemon water. Only the days that I was making a salad, I would skip drinking the concoction.

Pickling fruits and vegetables: Another option that I have read about and want to try is using Apple Cider Vinegar for pickling. Traditionally white vinegar is used for pickling, but you can substitute Apple Cider Vinegar but just know that even though it will taste good, it will darken most vegetables and fruits. The pickling process is kind of tricky, so make sure to go through the instruction a couple of times before giving this a try. This by no means is a substitute as the amount of pickling needed, and the number of vegetables or fruits you would have to eat to get the equivalent of a tablespoon of Apple Cider Vinegar is definitely not worth the hassle in my opinion, and there is only so many days you snack on pickled veggies before growing bored.

Apple Cider Vinegar pills: Another way that I personally decided not to try is Apple Cider Vinegar pills. I was actually happy to know there is a pill form, so I don’t have to put up with the taste or the odor but just pop it like a normal pill in the morning. Later, researching further into this, the problem I found with the pills is that since they are considered as supplements, they are not regulated as tightly as general medicine, and from the reviews online, the amount of Apple Cider Vinegar varies and may contain ingredients not listed in the packaging. In the end, I gave up and decided to just stick with the traditional version as I know exactly what is in it, and it is easier to measure the dosage.

Now you may be tempted to drink a lot of Apple Cider Vinegar to get the best results, but it is best not go that route as at the bare minimum, you might feel nausea, burping, or acid reflux, and in the worst-case scenario, you might end up with low blood potassium levels and osteoporosis if continued for years. So it would be best to have two tablespoons a day, but if you do get any of the above symptoms, it should be discontinued, and consult with your doctor to discuss this.

Even though the jury is still out on some of the health benefits like improved digestion and preventing heart disease, cancer, or infection, when it comes to weight loss and insulin reduction has been proven by research. If you are someone who is looking to lose a few pounds but don’t want to pop random weight loss pills, then Apple Cider Vinegar is the safest route to take as it is natural and not lab-made. Make sure you don’t go overboard with it, and take only a maximum of 1 tablespoon twice a day as long as you could overlook the strong odor and sour taste. Also, don’t forget to swish water in your mouth after drinking this water-diluted concoction if you want to keep your smile intact. Until next time, stay healthy!

If you are confused about the kind of food you should consume for your severe health-related reasons, we would highly suggest you seek a trusted medical professional’s help regarding this.
Last updated on January 23, 2021

Apart from being a full-time beauty and fashion creator, I am also an ardent animal lover, food connoisseur, and a feminist-in-progress.

What Are Superfoods And Why Are They Good For You? 💪

Eating foods such as fresh fruits, vegetables, whole grains, and nuts are crucial to living a healthy, disease-free life. Packaged...