Skip to content
Are you a Part of our Food Community? 😭
Short Link : https://food.gy/2S5OAwF

The Difference Between Prawn and Shrimp: Explained!

Most foodies love their Garlic Prawns and Coconut Shrimps, but can’t tell the difference between Shrimp and Prawns. In fact, the two names Prawns and Shrimp are mostly used interchangeably, like ‘potato potato’ (remember Phoebe’s dialogue from FRIENDS?)

Particularly, countries such as the United Kingdom, Ireland, Australia, and Commonwealth nations use the term ‘Prawn.’ The word ‘Shrimp’ is mostly used in North America. However, Prawns and Shrimp are two completely different animals. Yes, they do have some similarities that may have pushed you to believe that they are the same, but the truth is they are not the same. Blimey! Now, both Prawns and Shrimps are members of the order Decapoda, which means they are both ten-footed crustaceans with exoskeletons. Both Prawns and Shrimp live near the bottom or the floor of the water bodies. And when it comes to the nutrition content, both the animals are quite similar. Shrimp and Prawns both are good sources of proteins, healthy fats, and Selenium (a very important antioxidant for our body). But apart from these similarities, there are several scientific differences between the two!

Let’s start with the most basic difference. As I told you in the beginning that Prawns and Shrimps are members of the order Decapoda – now there are various sub-orders within the order of Decapoda. So, on the one hand, Prawn comes under the sub-order Dendrobranchiata, while Shrimp belongs to the sub-order Pleocyemata. Therefore, their anatomies are pretty different from each other. 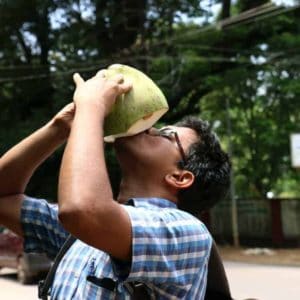 10 Reasons to Shift to Tender Coconuts from Soft Drinks! 🥥 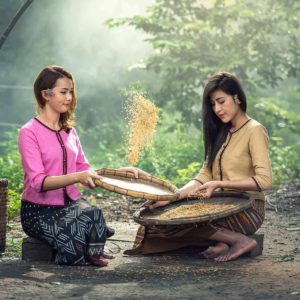 From Farm to Flush: What does our Food cost?

For example, Shrimp and Prawns have different kinds of gills. Shrimp have plate-like gills, also known as Lamellar gills, whereas Prawns have branching gills. And because of the difference in their body structure, one can somewhat identify the difference. Prawns are slightly more straight as compared to Shrimp because the outer skeleton of a Prawn doesn’t allow it to bend as much as a Shrimp. Hence, a Shrimp is more tightly curled than Prawns. Another major difference can be identified in the legs. Prawns have longer legs as compared to Shrimp and have three pairs of claw-like legs. Whereas Shrimp only has one pair of claw-like legs. Pretty interesting! Also, Shrimp and Prawns have different ways of reproducing. Prawns release their eggs into the water, allowing them to grow independently. On the other hand, a Shrimp carries its eggs in the underside of its body, right under the tail.

Now, another common perception suggests that Shrimp live in seawater and Prawns in freshwater. But it’s not entirely true. Both Shrimp and Prawns are found in marine bodies and freshwater bodies. However, it seems like both have their own personal preferences. After all, the right to have taste and preferences does not belong to humans exclusively! The thing is – most Shrimps are found in saltwater. Approximately 77% of Shrimps live in saltwater bodies. Hence, we can say that Shrimp prefer colder and saltier water bodies. Whereas, most of the Prawns are found in freshwater bodies, mostly because they prefer warmer surrounding and calmer waters as they like to rest on rocks and plants when they lay their eggs.

Moving on, frankly, for the longest time, I had this weird assumption that Prawns are bigger than Shrimps. And I guess it was not just me, because I found out that a lot of foodies think in the same way. But the truth is that we cannot differentiate between Shrimp and Prawn based on their size. Although Prawns are typically larger than Shrimps, there are several varieties of Shrimp that are larger than Prawns. So, size is not at all an accurate indicator. Now I am sure you are wondering if there is any difference in the taste and flavor of Prawns and Shrimp. Well, many people believe that Prawns are a bit meatier than Shrimp and that Shrimp tastes saltier than Prawn. But the truth is that there are numerous varieties of Shrimp and Prawn. Different varieties have distinct flavors and textures. But none of these differences in flavor and texture stem from the division along the lines of ‘Prawns’ and ‘Shrimp.’ Hence, kitchens and restaurants around the world use Prawns and Shrimp interchangeably in their recipes.

So, the bottom line is – it doesn’t matter if you are eating Butter Garlic Prawns or Butter Garlic Shrimp. Both are going to taste divine and enrich the soul of a foodie. Bon appetite!

From Farm to Flush: What does our Food cost?

Our numbers are growing. From an existing population of 7.7 billion people, we are steadily looking an estimate of 9...